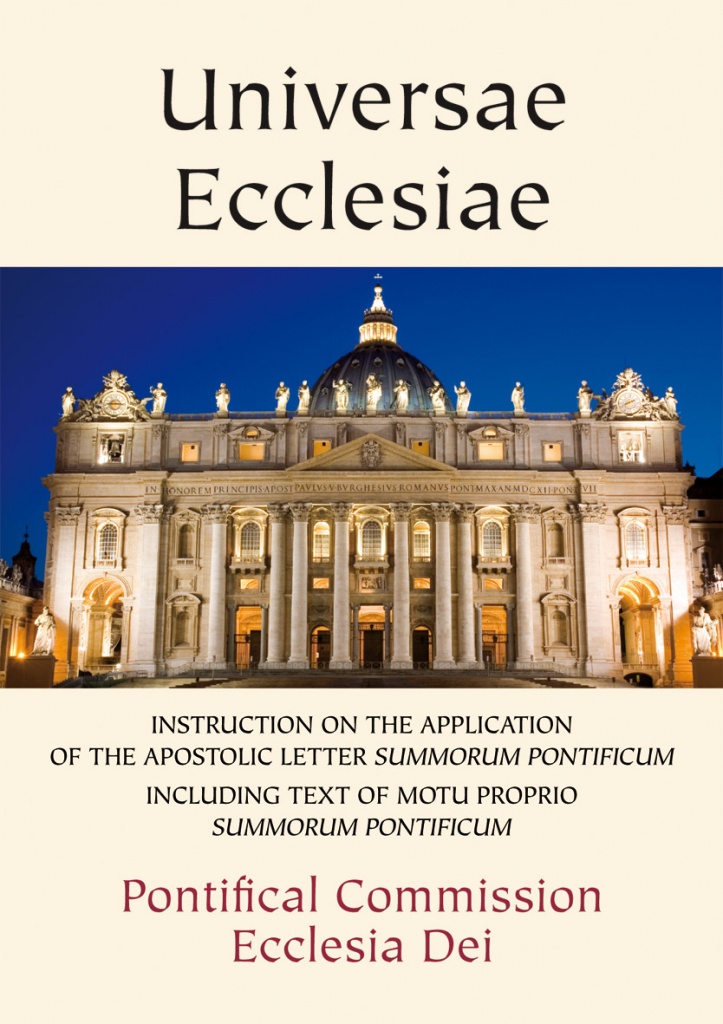 The Apostolic Letter Summorum Pontificum of Pope Benedict XVI given Motu Proprio on 7 July 2007, which came into effect on 14 September 2007, has made the richness of the older form of the Roman Liturgy more accessible to the Universal Church. With this Motu Proprio, the Holy Father Pope Benedict XVI promulgated a universal law for the Church, intended to establish new regulations for the use of the Roman Liturgy in effect in 1962. This new document, Universae Ecclesiae, further clarifies a number of points relating to this law, including training priests for celebrating in the Extraordinary Form, readings in the vernacular, commemorating post-1962 new saints.

This edition includes Summorum Pontificum as an appendix for ease of reference.