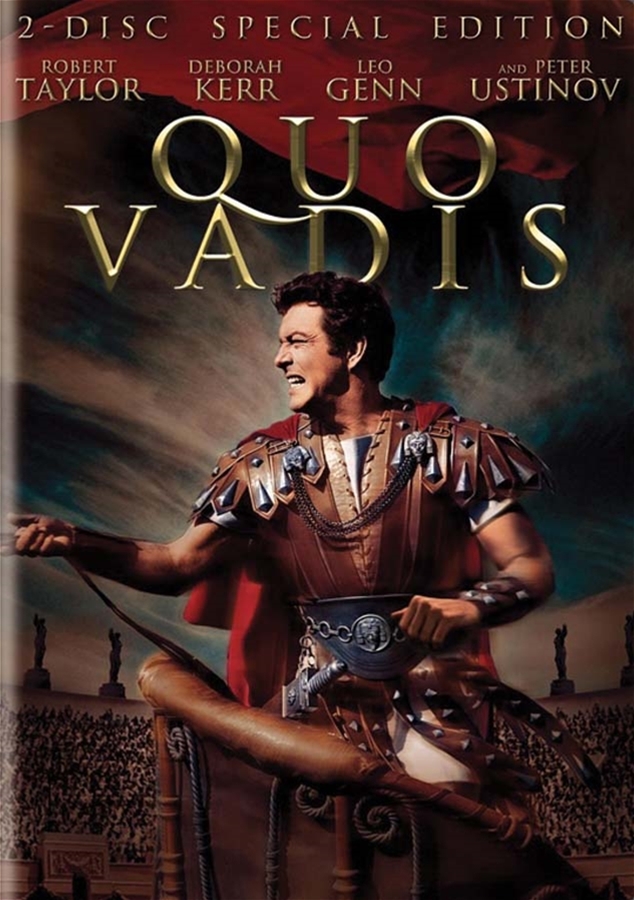 After a long restoration process, this superb pristine 2-disc special edition of MGM's epic is finally available on DVD. Based on the historical novel, Quo Vadis ranks among the greatest religious film epics ever, with an outstanding cast including Robert Taylor, Deborah Kerr, Peter Ustinov, and Leo Genn.

Set in Rome during the reign of the Emperor Nero (Ustinov), Quo Vadis chronicles the love story between a young slave girl Lygia (Kerr), a Christian convert, and Marcus (Taylor), a Roman General, while depicting the larger conflict between Christianity and the corruption of the Roman Empire.Their unlikely love story unfolds against a background of Nero's insane atrocities against the early Christian community.. Ustinov sets the standard for film villains, and his performance as Nero carries this epic film as he burns Rome and blames the Christians, persecuting them mercilessly. Nominated for eight Academy Awards, the film features lavish sets, a massive cast, gorgeous costumes, great acting and a powerful music score.Includes a second disc with many "extras' on the classic film.