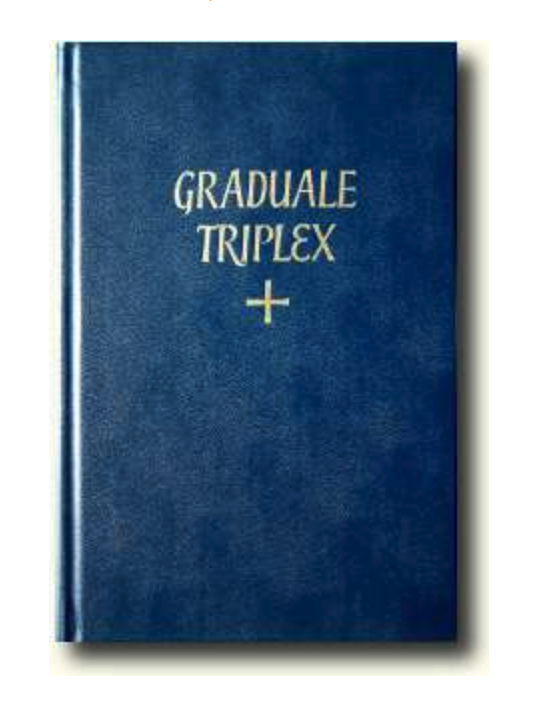 The Graduale triplex is an edition of the Graduale Romanum of 1974 where the oldest manuscripts of Gregorian chant have been taken into account. Above the scope are reproduced in black the neumes of manuscript 239 of the Municipal Library of Laon, below, one will find in red the neumes of the manuscripts of the Sangallian family. At the beginning of each piece of song are also mentioned the acronyms of the manuscripts from where these neumes are drawn with the number of the page, or the folio.

It's the same book but the notation is accompanied by neumes of the manuscripts of Laon, Einsiedeln and those of the family of St Gallen. Useful for choirmasters, specialists and musicologists, ed. from 1979.

For many years already, Dom Eugène Cardine's Neutral Gradual has given the singers the greatest services. It is indeed the thorough knowledge and correct interpretation of the neumes of the oldest manuscripts that form the basis of an adequate execution of the Gregorian melodies.

However, Dom Cardine himself often regretted not having transcribed, in this work of youth, the neumes of a definite manuscript, but of having only made a choice among the lessons of the best Sanguine manuscripts.

In 1974, when the monks of Solesmes published the new Graduale Romanum , many wished that this book be used for a new gradual neume, where would appear the lessons of manuscripts well determined. This desire was expressed to the members of the Associazione Internazionale Studi di Canto Gregoriano, founded in 1975. Dom Jean Claire, choirmaster of Solesmes, declared his wish also for this edition.