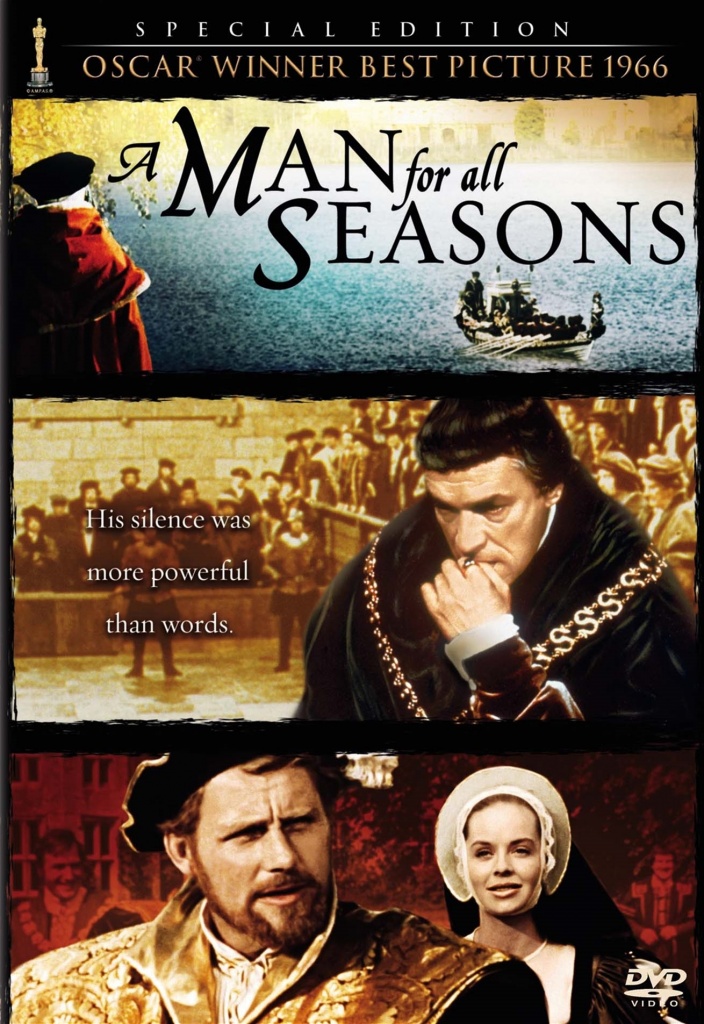 A man for all Seasons (DVD)

This is the acclaimed Academy Award winning drama about the conflict between St.Thomas More and King Henry VIII which is filled with intrigue and courage. Robert Shaw stars as Henry, who wants to divorce his wife in order to marry Anne Boleyn. Only Sir Thomas More (Paul Scofield) has the courage and conviction to oppose the King's will. Though all alone in his brave decison to stand firm with the Church, More's valiant refusal to abandon his principles leads to his martyrdom. A stunning performance by Scofield who won Best Actor for his role as More.